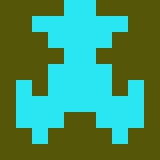 What was your favorite telltale game, favorite moment while playing a telltale game, the first time you ever saw a telltale game? Telltale Games, is close to gone, let's try to keep their memory alive. Telltale means a lot to me, come on guys lets try this out. #LongLiveTelltale