Crooked Man's Time of Death in the Foundry 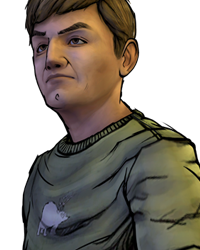 TelltalevsXbox1020
February 2019 in The Wolf Among Us

It's kind of hard to predict what time the Crooked Man died when Bigby determinantly killed him that night at the foundry, blowing off Snow White's demand.

Bigby reached the lair and it was midnight after Bigby threatened him/tried to bring him in/smoke/agree to talk. This was according to the game on the bottom left when Episode 5 started. So it was at least at 12:00 AM to 12:15 AM.

When Bigby reached the foundry, "Sheppard Metalworks." the foundry, it was late night. So I'd predict he reached there between 1:00 and 1:30. I predicted this long because he was in a taxi car and taxis can take long to pick you up. Especially in the Fabletown Business.

After Bigby got dressed at around 1:15 and 1:45, he went into the office and started slightly arguing with the Crooked Man. The argument lasted at least 4-5 minutes, and if Bigby chose to kill him, I'd say the Crooked Man died at the foundry between 1:19 and 1:50 AM.

What do you think of my prediction?