Gearbox dropped the trailer! BL3 is now official, and it's got GUNS WITH LEGS! 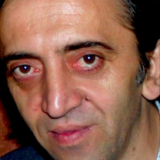 Kenny_Is_Love
March 2019 in Tales from the Borderlands

I can't even begin to explain how hyped I am for this. Rhys also has a moustache.
Here's the vid if you missed it: