Ayy I’m back, my thoughts on Take Us Back 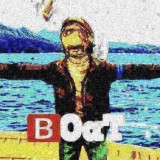 So I got back from my spring break vacation and I just finished the episode... I don’t really know what to think. I wanted to put this in a “Ep4 discussion thread” but this place got a lot more active and I cant even find it. I doubt many of you even know who I am but I just wanted to document my initial thoughts after playing the episode. Before I say anything, I want to mention that I loved this season, including Broken Toys, I defended this season hard and really enjoyed it. That being said... man this episode was, uhhh, not terrible but pretty disappointing tbh. Like man did that episode feel short and the pacing was by far the worst in the season. The ending was alright but, to me, the whole Clem death fake out was gimmicky. The surprise of seeing her alive was definitely enjoyable at first but after sitting on it for a while it felt so fake, like the whole ending would be some sort of dream if “everything went perfectly” ya know.

Here’s the thing that really ruins this episode for me, granted I haven’t seen the “other endings” but judging off of my quick browse through the forums I have a basic idea of what they are. WHAT THE FUCK happened to shaping Aj! Like your kidding right? The whole thing with trusting him or not near the beginning of the episode is the only thing that affects what he does!? What happened to all those choices throughout the season? Oh that’s right, we see them at the fucking credits lmao, that feels so “ANF” it’s pretty gross (it’s the “42 different Clem’s all over again). AJ’s just a happy little angel at the end of the season and acts the same no matter what... very disappointing. Judging from what happened with James in my playthrough, I’m guessing Lily doesn’t really do anything either, after the Louis/Violet scenario in Broken Toys I was hoping they would do them well but no, classic Telltale determinant characters. The Ranch flashback didn’t live up to the hype either, why tf did they foreshadow this the whole fucking season, it makes no sense. Man what a bummer...

I really want to like this episode, like I REALLY do. But it’s honestly hard to. The ending feels like pure fan service and, lets be real here, they’re really no “multiple endings”. God I feel so fucking depressed saying this, I fucking loved this season up to Broken Toys but that episode just didn’t live up to the hype for me. Ultimately as a series finale... it fails imo. I hope over time my opinion will change and maybe I will end up changing my mind but as of right now, my initial thoughts are just... disappointment. This is the first episode in TFS that left me feeling this way, and the fact that it’s the last episode just makes it worse. Overall it was an OK finale, but imo it wasn’t as well done as No Time Left or No Going Back.

Edit: Ok, I’ve got a lot to say and I deeply regret some of the conclusions I jumped to. I recently replayed the episode again and I honestly liked it a lot more a second time around. The pacing didn’t feel as off as I recalled (I was kinda tired when I played it the first time). The episode also branches out a lot more then I thought when it comes to Violet, Louis, and Tenn, I still think James and particularly Lily deserved a bit more though. The scene with Clementine and AJ in the barn is very well done, even though it was earlier on in the episode, I still teared up a little bit upon my second time. I understand the ranch flashback a bit more now, as it kinda symbolized Clementine “making it up as she went along” very much like Lee. My biggest criticism about past decisions regarding teaching AJ kinda didn’t hold up when I realized what the episode was trying to convey the whole time: Clementine doesn’t know everything and doesn’t always know what to do, she isn’t perfect. The episode shows AJ’s final leap from becoming the “student” to becoming an independent survivor who can make the tough calls without Clementine’s guidance, it reminds me a lot of S2’s premise and I think they pulled it off pretty well. The biggest thing that changed for me though was definitely the ending, I feel like having a one and only happy ending for Clementine was a fair move and while I would’ve liked to see multiple endings, I’m happy with what we got and it felt more enjoyable this time around. Maybe it was the disbelief of Clementine actually being alive that got me the first time, idk.

It’s so weird, I’ve never really had such a huge change in mind about something like this, but I personally really like this episode now. First impressions can be dangerous sometimes, I’m glad I gave this episode a second chance.