Link leads to a 404 page. It was taken down after a few minutes.
Here's what it said
http://www.athlongames.com/batman-shadows/ 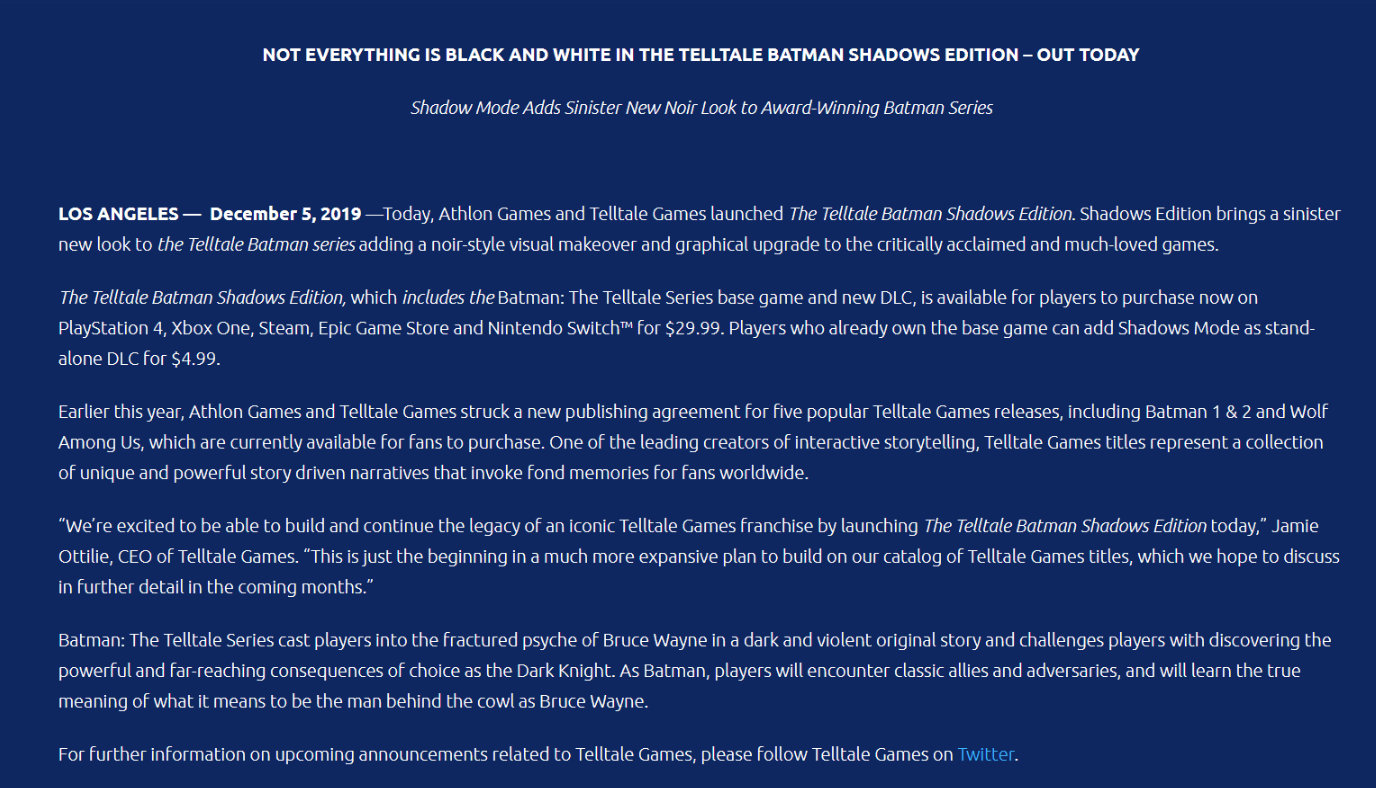