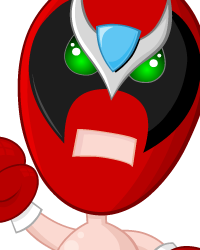 With a few exceptions the Voice acting was fantastic, Dominic Armato IS Guybrush, not only in the usual light-hearted tone, but brings some real character in the occasions that Guybrush gets serious
I got shivers when he suddenly goes so flat and ominous sounding after Morgan's death, and in the last few parts of chapter 5
There's a couple of outstanding supporters as well, in Winslow, Bugeye
(BTW, I loved the design of this guy! An "Anti-Threepwood, all bravado up front, a convincing facade over his true insecurity)
, MURRAY, and of course Morgan LeFlay - Total usurper to Elaine as the female foil, and while I don't think Guybrush would ever leave Elaine, I see potential for the UST to continue

As much as I wish Telltale would really up their game when it comes to the Character animation and push their graphics a bit further (of course this is understandably limited when you want to publish on WiiWare and IOS etc.) There were some really standout moments, Guybrush in particular was well Animated and expressive, and a couple of moments I could swear
actual onscreen Chemistry between him and Morgan - I don't actually think I've seen that before in a game...
Otherwise there was a bit of a letdown with the copy-paste Pirates of Flotsam - Although this got a lot better after chapter 2.

Story wise I think this is right up there with the original games, There is some very plainly easy puzzles, and a few that had me stumped for a bit too. The dialogue all round is very reminiscent of the old MI games, clever and hilarious - lots of references to the old games, and some well crafted real-world references too
(I got a good laugh at 30,000 pieces of silver!)