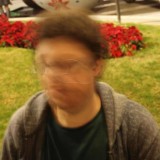 nomecopies
January 2012 edited January 2012 in Law and Order: Legacies
I'm very interested in this game, if as I've read is some kind of Phoenix Wright, but I have never seen any of the L&O shows. And I wouldn't like to miss the references, so... Could you recommend me a (short) list of episodes-I-should-watch-to-catch-up-with-the-show?