How do you think the episodes will be rated? 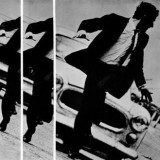 Ribs
March 2009 edited July 2009 in Wallace & Gromit
Now that we have all the episode titles, and general plot overview of each. How do you think they will fare?

Here is my prediction of worst to best:

1. Muzzled
2. Fright of the Bumblebees
3. The Last Resort
4. The Bogey Man

Also, how do we add hint tags to our posts?