The Wolf Among Us - What I want to see in season 2. 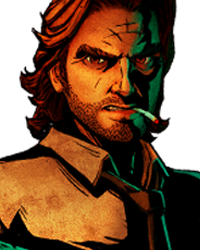 Marcu-S
August 2017 in The Wolf Among Us

Since Telltale announced that they are going to work on season 2 of TWAU, I thought about making a video about what I personally would want them to consider adding into the game, now that it is relevant. I also got inspired by some other thread that I read earlier today. I worked super hard on this video, What do you guys think? :P

Note: I'm completely new to this whole forum thing, so if I have done something wrong towards the guidelines let me know, and I will remove this post immediately. #firstpost.