Theory: GOT Season 2 On Hold Cause Its Too Much Work? 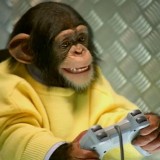 gamingdevil800
October 2017 in Game Of Thrones

So in 2015 they announced season 2 was going to happen but...
Recently Telltale has been pumping out multiple series of franchised games in a year and with each one there are less hubs and puzzle elements involved e.g. finding a way to get out of a certain area. With the conclusion of Telltales Game Of Thrones there were so many deviating paths. With Season 2 Telltale are left with a situation where Asher or Rodrick could of survived and both characters handle situations quite differently. Characters react differently towards them this essentially means with Season 2 Telltale have to do double the work and honestly with their timetable of releasing 3 to 4 games a year I think they don't want to spend extra time developing a game which would take a lot more commitment.

Here is a breakdown of the major deviating paths:

Now they could do the typical Telltale trick of killing off characters in the first 5 mins or making your choices meaningless aka like Kenny & Jane in a new frontier. However they can only do that to a certain extent. Its sad cause I thought Season 2/Final season was going to be Telltale showing how choices actually matter with the Asher or Rodrick scenario but if they truly never make it, I will be very disappointed. It would just show that Telltale would rather put out loads of licensed games instead of committing to make a really awesome one. Now don't get the wrong idea I love Telltale Games but if they don't put the effort into making another season due to the complicated choices then it will be a let down.

On the flip side they could be waiting for the TV show to end due to spoilers.