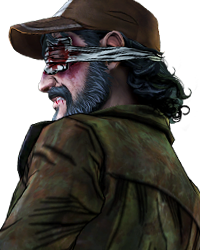 i hope they add joker in s3 (if they make it ) and hopefully something will happen where the inmates at arkham are released and depending on your choices john will either offer his help (if friends) or join the villains (villain path/not friends in vigilante) cause before people say it john aint evil if you stayed friends in vigilante route , hes still an antihero as red hood murders people as well , and hopefully bruces visits with him would help him be better .