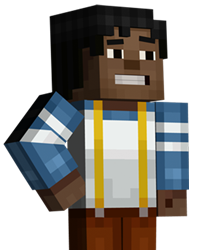 Yesterday, JesseTheBuilder commented on my post (What Are You Guys Gonna Do?) that donating money to Telltale doesn't seem like it would work because Telltale should have told us in advance that they were in bankruptcy, but from the looks of it, I think that Telltale would still like to receive some $ to help them out. I don't see how hard it would be for Telltale to just set something up for donations. I mean, I understand that Telltale might not have the time right now to do so, but it's worth it right?