What changes to deceased/determinant/unknown characters would you make if you could change things? 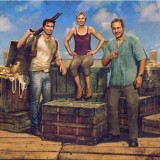 It's sad knowing Clem is the only certain season 1 character still alive. Does anyone else feel that more characters from Season 1 should have survived the whole of the season or lasted an episode or 2 longer? Same with the new characters in Season 2? Or do you feel the characters deaths/exits fitted perfectly? What are your thoughts?

Personally i would have liked a similar format to the tv show, have most of the group survive a season, then have a few die in the next, then new ones join and they live out the season. That would give us more time to appreciate/love/hate a character we get familiar with. Sometimes i felt they killed off characters in the game for the sake of killing.

This will be a long post and trust me on this, it will be REALLY long so i'll understand if you don't read all of it but I'm going to share my ideas on what i would have loved to have seen involving some (not all) deceased/determinant/unknown status characters if they had survived/lasted longer and what they could have brought further to the story or how the general game story changed. Feel free to agree/disagree and please by all means, share your own ideas as well and we'll compare:

Doug (if chosen over Carley)

Carley (if chosen over Doug)

Every other character i think i would leave as they are but if I think of anything later i will update this.

To anyone still reading, thanks for your patience. Again i apologise that it may be long winded. For the rest of my post i will explain a lot of (or only some) changes within the story but the major thing to be included in this will be about Omid and Christa:

Big, big changes ahead although most of this episode will play out pretty much the same way as it originally does apart from the ending which will be explained shortly. Also something to mention regarding 400 Days and the determinant choice of whether the characters go with Tavia to Howe's or not. In this version of my game ideas, all the characters go with Tavia regardless as unlike in the original game, these characters will actually have more relevance than just a one line cameo.

Just a brief note about this, those of you that know me know that i love Omid! He's in my top 5 fav characters so you probably think it's strange that i've created his death in such a way but the reason for it is simply because if any of you like his character the way i do, i would compare this death to a way of a similar, emotional feeling to the way Glenn died in the comics to Negan. I feel Omid's death would have a huge impact on you as the player witnessing a beloved character die this way and make us have a reason to hate Carver more.

A number of changes ahead.

I decided to change this ending because i could never take it seriously how all the characters could have possibly survived when Buricko originally opens fire. You have no idea how much i hated how unrealistic that was. End of episode 4.

There is quite a lot of changes to this episode but rather than go into detail about it, i'll do my best to shorten it as much as i can!

And that's the end of my season 1 & 2 ideas! Hopefully the inclusion of Omid and Christa in season 2 also takes away some of the spotlight from Kenny as so many people here point out lol and that was the general idea and of course i hope you like my ideas.

Thanks for reading this guys! It's actually taken me weeks and weeks to put down from the note form I originally had for it. I appreciate the time any of you have taken in doing so and yes it's definitely the longest post i have posted here. As I said, please feel free to share your own ideas as well as your opinions about mine below but please be respectful of everyone's comments. Would love to get a decent thread going on this either way.

Ps. Question to all. Is "determinANtly" actually a word? I've always wondered? For example "so and so determinantly did this or that?"