Telltale, did you forget about this fan favourite character? 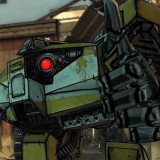 I'm talking about none other than Frank, Bruce's biggest pal and in general a cool guy. After Episode 2 of the first season, our bearded hero disappeared, never to be seen again, disappointing many fans including me.

But with the ongoing second season, there is a chance of his presence once again. Please Telltale, don't waste this oppurtunity and make him appear in such a glorious way that we won't ever forget about it.