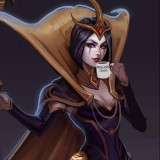 Hey, what's up gentlemans and.

Today I accessed the forum for the first time after 6 months and I thought: Hmm. Yes.

I suggest a super hot news competition!!! Post your profile pic here and explain why it deserves to be hot top pic 2017 and I'll pick the winner in two weeks.

Since I'm gonna choose the winners I can't T-T join the competition!!! So I'm just goin to give an example: