Ranking the 400 Days stories from worst to best. 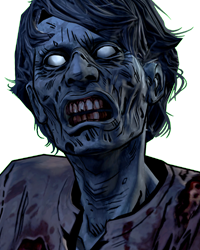 Malachite
November 2017 in The Walking Dead

Depending on who you are, you either loved or hated 400 Days. If you had to rank the stories from 5th place to 1st, how would you do it?
For Me:
5th- Vince's Story
Sure, I liked Vince, Justin, and Danny as characters, but they copied so much from season 1 in this story. The main character is a prisoner who escapes on the day of the outbreak, and the choice is between the lives of two characters. I could sympathize with Vince, but the behavior of the guards felt erratic and unrealistic to me.
4th- Wyatt's Story
I know, I know. The fanbase loves Wyatt and Eddie. The only reason why this one ended up in 4th is because the story just felt kind of average to me. It must of been the position at which I played it. I think this one was one of the last two stories I played, and it threw off 400 Day's pacing for me. It works better at the beginning, I suppose. But considering the fact you can play the other stories in any order, Wyatt's race through the woods disappointed me more than it should of.
3rd- Bonnie's Story
Anyone who knows even the slightest bit about me probably knows how much I love Leland. And even though I hate Bonnie and Dee, Leland and the climatic chase through the cornfield made Bonnie's Story extremely bearable to me.
2nd- Russell's Story
I love Buddy Cop Movies, and this is what Russell's Story felt like to me. And although the choice in this story wasn't very hard for me to make, the relationship between Russell and Nate completely made up for this. Nate jumping back and forth between being kind and insane honestly horrified me.
1st- Shel's Story
The first I played in my run through, and my overall favorite. The characters were well developed, I liked the inclusion of the cancer survivor group, and deciding to kill Stephanie was the hardest choice I had to make in 400 Days. It was hard for me to classify Shel and her group as good or bad, especially after their appearance in Bonnie's Story. This story left a satisfied feeling in my stomach for days to come.