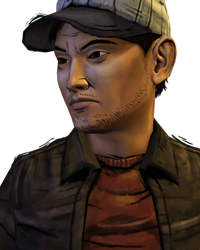 Have you guys ever notice that in the walking dead series they could have a make zombie weapons like... Attaching a zombie head into a spear probably on the neck to not kill it and use against humans for a guaranteed kill. (Unless, of course, the human removes the limb where ever before it's too late.) I mean they already establish using a zombies (or walkers) horde to help raid communities. So why not using zombies as melee or possibly projectiles as weapons?

You can have an endless imagination of how you can kill your enemies in a zombie apocalypse the worse way possible!

If you have another zombie weapon suggestion? Please comment below!

AND AS ALWAYS! Don't hesitate...

Also, why doesn't a knife with zombie blood makes the person sick if they're stabbed with it?