could TFS have a dlc? 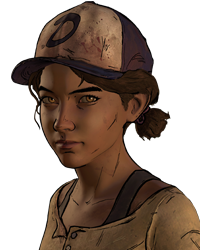 So I want to know 2 things in your opinion,

Do you think TTG will release a dlc with TFS?

What would be a cool dlc to have?

I think a cool dlc would be to go back to characters who left or ran away throughout the series and find out what happened to them. For example finding out what became of Molly after she left in season 1 or Bonnie, Arvo and Mike at the end of season 2.

So what do you think?