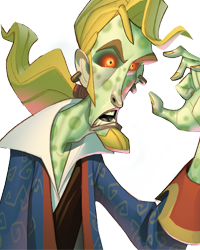 Cause they are not relevant anymore. Sometimes in Batman you can miss all the qte and the whole scene still plays out. That completely destroys the purpose of having a qte there. Not to mention most qte are super easy to get right. The director of Batman the Enemy Within said he makes the qte easy on purpose but I really don't think thats the best approach of handling them in a game. Yesterday I was playing Detroit: Become Human. I was in a chase scene with Connor and the qts were sometimes really difficult to get right.
Thats what I want in Telltale games aswell. Make qte not boring but exciting. Nobody wants to press a button that pops on a screen just for the sake of pressing that button. (I'm talking about exciting scenes like fight scenes) And yea, you can fail then but they are so easy you will almost never fail them.

Whats also a pain in the ass sometimes is how I have to restart a whole dialogue heavy scene when I fail one qte. Its super frustrating. Its also different then Game Overs in other game genres. For example, in Mario Bros when you die you have to restart a level. Thats still frustrating but the gameplay is fun so that makes it less bad. If I get a game over scene in a Telltale game I feel so bored while waiting for the scene to play out. Its like rewatching a scene from a movie. And I'm mostly talking about qte after dialogue scenes. Not qte in whole fight scenes. Those are less frustrating to faill.

Now, these problems only occur in modern Telltale games. From the old games I think qte are the best in the TWAU. They were fun and weren't boring.

So to summarize my complaints, qte have to be harder in future Telltale Games.
Telltale should put a timer on the qte. To make us more invested and afraid to lose a character in a fight scene. If you make the qte harder, then the Game Over problem is going to get bigger. I have a few questions below about things that mostly replace and fixes those Game Over problems:

I really hope this feedback is going to be taken seriously. Mostlypoptarts, please bring this feedback to the Walking Dead team. I think its important.

From what I've seen, The final season is going to be innovative gameplay wise so that does give me a little hope. I think Telltale shouldn't make qte irrelevant to focus more on story telling cause they still are an important part of a Telltale game. And its something games like Detroit: Become Human, Until Dawn and even Uncharted are doing really well and far better. Telltale can learn from them.