"Unscripted combat"... what do you think it means? 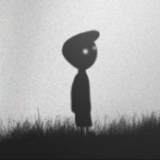 OfficialMonkey
June 2018 in The Walking Dead

Do you think it means that you can skip certain zombie encounters (like we've seen in the leaked pax tech demo) or is there actual combat in it (e.g. something like minecraft s2)? I would personally prefer to see the latter (if done well).