Telltale needs to pledge at least two hours per episode for TFS. 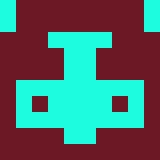 Sharples65
July 2018 in The Walking Dead

There's something off with Telltale not saying anything about episode times for The Final Season. For those who disliked ANF, I would urge you not to pre-order the game until Telltale pledges a two hour range-mark. There can be a couple of minutes off-set, that's fine. But it's becoming very clear to me that they know it's not going to be two hours.

https://telltale.com/community/discussion/119510/dear-telltale-you-got-this/p5 - (Did become a bit spammy, which is what I was apart of, apologies to the user I tagged).

There was no response to this, and I don't want to call them out for not replying, but rather Telltale. The Final Season is only going to have four episodes. ANF had five, in essence it is four because these episodes were so short. Them cutting out an entire episode means that in return, they should give information regarding how long these episodes will be. One of my primary statements to Telltale with regards to the next season was and I quote:

Why are the episode times so ridiculously short? One of the main problems with ANF I believe is how there's little development of anything that's going on in the game. Episode 1, Episode 2 and Episode 5 we're extremely short to say the least. Episode 2 in my opinion, was the worst. Everything is so rushed. I remember a time when we had around two hours worth of content EACH EPISODE. Remember Season 1? Can we please go back to those episodic times? You can see how much of a masterpiece can be created IF you give your content ENOUGH time. In Season 1 episode 2, we had where you had to chop off someones leg or not, deciding who gets food, amazingly rich hubs with so much optional dialogue, we had the dairy scene which also had a TON of optional dialogue for characters, we had the bandits involved, Mark getting shot, scoping the bandit camp out, cannibals, that whole intense situation at the dinner table, saving larry or not, the car scene. Like Come on guys! ANF's Episode 2 is not even half as long as Season 1's of episode 2. There's NO reason to defend this. At LEAST one hour and fourty five minutes per episode, can we PLEASE have this as a target? You grew your team after Season 1's success, which USUALLY means more content! Does more team mean less content now...?

If at least two hours of episodic content is not happening, then this only confirms my suspicion that they aren't listening to the feedback, for those who defend having less episodic time in these games, may I ask why? Yes, I know that quantity does not institue quality, but it does flesh out the story and characters more. ANF's characters were so bland because there wasn't time to develop them, they were all given little snipets of time which wasn't enough in the end. Now that an entire episode is being cut, we shouldn't be defending this. Should we assume that these episodes will at least be two hours long? No. We should not give Telltale that trust when they released ANF in the state that it was. I will never raise my expectations above reality.

This game will make it or break it for me with Telltale. So I, and many fans that have for so long followed this series would love a little bit of honesty.

If you know that these episodes aren't going to be within this time-range, I believe you should not release them. Do the right thing and respect your fanbase.