Who will return in the final season? 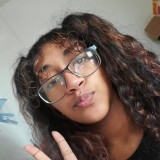 So, I think we all can agree that ANF was not the best Walking Dead Season. For one, we weren't playing as Clementine. And two, none of the (possibly alive) characters returned! Hopefully, they'll return in this final season. Here's my thoughts on who might (and should) return.
(i think i've seen some people confirm that Lilly and Nate are coming back)
(also, sorry if this turns out long)

Christa - BRO!! If she doesn't return I'll be so triggered. Like, I hope we at least get some information on what happened to her! If anything, It's what Clem deserves to know.

Arvo - I have a sneaky feeling he somehow managed to live these past years. Probably with the help of Mike and Bonnie considering they did run off with him. I hope he returns just so Clem can get her well deserved revenge.

Lilly - Like I said, I'm think she is one of the confirmed characters to return. If she does, I'm going to be SO SALTY! Yes, I'm still hurt over the things she did in Season 1. Clem will probably be nice or mean cause choices lol to Lilly. I don't really see Clem being mean to her though because Lilly was actually super nice to Clem.

Mike - Oh man, if he comes back, I'M BEING A SAVAGE TO HIM! He really tried to leave with Arvo, LIKE SIR? ARE YOU DUMB? I know I should be way more upset with Arvo, but Mike could've prevented that tragic scene in Season 2.

Bonnie - Ugh. Another I'd get sweet revenge on if she returns. I never liked Bonnie. She was so two-faced! Like girl, how are you going to act like you care for Clem, but then try to leave with Mike and Arvo? A whole mess!

Nate - This man was wild!! Clem never met him(duh), but I'm sure she'll be able to tell something's up with him. Unless, he's changed of course.

Molly - This probably has a super low chance of happening, but I think Molly was able to survive that long. It'd be cool if she came outta nowhere and saved all the kids at the school(if a tragedy were to happen, which will most definitely happen). Then she suddenly realizes, "you're that little girl from a long time ago! Where's Lee?" cues many many tears

And that concludes my character whatevers. Feel free to voice your opinions or come for me and mine. I just can't wait for August 14th!