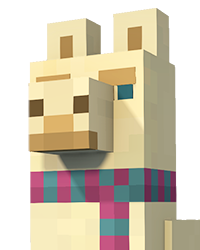 Telltale's Walking Dead is my favorite video game of all time, throughout my life, I had never played a game that I admired as much as I admired Telltale's Walking Dead.
With every season that I played, whenever a character dies, well, they're gone forever(Except that they get mentioned sometimes of course), and I had always wished I would get to interact with them once more in some sort of dream since I know it wouldn't be realistic to hope to meet some of the characters that are confirmed dead in anything other than a dream... Now, I know that in season 2 when Clementine passes out she dreams of when she was in the RV in season 1 and we get to talk to Lee (Which was awesome

), but I kind of wanted to see and interact with the other characters too, and I think (since the coming season is going to be the final one) that the idea of having some kind of dream where we get to interact once again with ALL the characters that had died in the previous season at some point in the final episode of the final season is awesome!
Just think about it, wouldn't it be awesome to see everyone you've met on your long journey once again (From all seasons) before the game ends? Or maybe even at the end of the game as some sort of goodbye.
I don't know... I think the idea is awesome