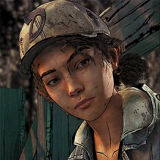 A few unusual names that have come up so far are Marlon, Abel, and Tenn (I think the full is Tennessee?). Hell, Clementine has been an unusual name.

So, what significance, if any, do you think any of the characters' names have?

For instance, Marlon is apparently a French baby name for "little falcon." To me, the character Marlon was very much like a little falcon in the sense he attempted to be a guiding force for the group (a falcon), but couldn't live up to actually being a good leader (little), as well as being a coward (also sometimes associated with little, which can be lack of bravery).

Abel seems to obviously come from Cain and Abel in the Bible. I'm not going to go into the full religious aspects of that since it's way too much to cover in a post. The name seems to be related to his role in that story though, be it truly or ironically. Not sure if the schoolhouse group and/or Clementine is supposed to be Cain.

So, what do you all think?