What if a game company takes Clementine (and AJ) rights of production and make a game of it. 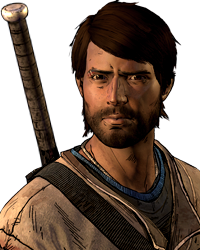 hopefulfx
September 2018 in The Walking Dead

Since Telltale will eventually 100% stop their activities, some of their characters would be out for grab. Clementine being a really loved character in the gaming industry, the potential to have her in a TWD game would be huge.

We won't have a closure for her in the telltale series so making Clem basically not finished as a whole. Her fans will be on the edge if Clem return in any way. Imagine the hype. If Clementine's story can't end this season, and there is a game that will, shit gonna hit the roof.

Also giving Melissa the mic for Clem again would give her the respect of hard work and devotion she deserve.