Thoughts on the romance in episode 2? 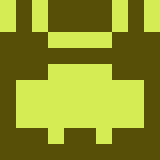 How do you guys feel about how they went about the romance in episode 2? Did you feel it was well paced? Had a natural development etc.?

Personally, I chose to go with Violet but friend-zoned her. It just didn't feel right to me. It seemed to me that how the romance played out was based more off of how the player felt about Louis/Violet more than how Clem does. Sure you are playing as Clementine, fair enough, but all the scenes feel a bit more to me like they are there to appease the player. Choice is not a bad thing, but a result of that is that it can sometimes feel unnatural, for example: as far as I am aware you can resent Violet in all your choices and still admit feelings for her (correct me if I am wrong). Maybe that's just me; still need some time to take it all in and give the episode another play through.