One thing about TFS that I just noticed. Amazing Character Development. (Marlon) 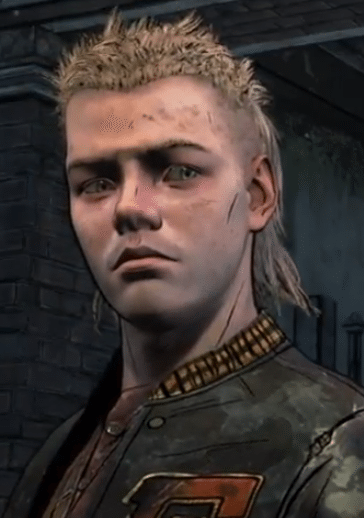 One thing I just noticed is that how incredible of a feat TT just accomplished with Marlon and it took me a while to realize how actually impressive it is to make a character die so fast yet be so remembered and important in our minds.

Marlon had like 3/4 of a episode if that. Between the beggining with Clem finding the food, going back to get the food. The car crash. The room scenes. Marlon might have made up about half an episode of importance or less. They rushed him out so fast but yet it feels like we've known him forever. Not much was left on the table with him. It's crazy.

We know what type of character he is and all about him. We know his struggles with running the school kids, we know his failures, his successes, his friends, his life and his mind. All in less than 1 episode. I'm not sure we even knew Lee or Clem after just 1 episode the way we know Marlon. It's amazing how fast they rushed him out but it feels like he's been around for a whole season.

It's truly incredible TT was able to convey so much of Marlon to us that he plays a center fixture in the game even still and he only had like half a episode.

I can't think of any other character who died so fast but still fulfills a huge main role in the story and will go down as a important and iconic character. Most of the time when someone dies extra quick they are forgotten like Doug or something. But this was truly pretty impressive.

Not sure if anyone agrees. TT devs outdid themselves this time. Only they could pull this type of story telling off. Where you know someone for like half an hour but feel like they are your cousin or something lol.