Which of these 3 groups would have survived the longest?

I've made up 3 groups of 5 people that never coexisted exactly in this group formation in a WD game with characters from all different seasons to see which in a royale style "last one standing" survival situation which would last the longest in your opinion? Which of the 3 groups do you think would survived the longest without dying or splitting up. The rules for splitting up or dying is if 3 of the 5 characters died. If only 2 remain, then the group lost. So which would have lasted longest with at least 3 of the group members alive? All placed in the same woods, same setting, with the just their typical weapons and supplies. 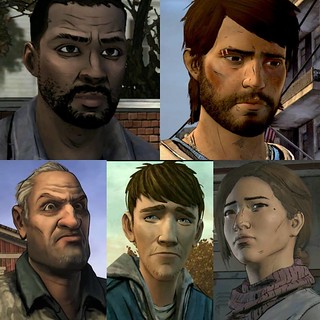 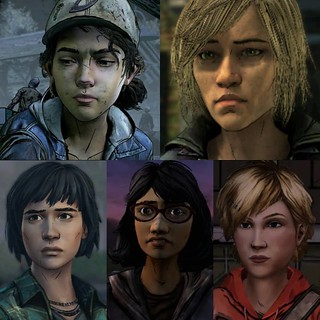 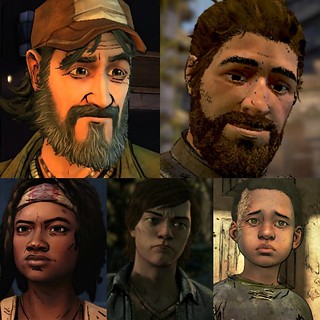 This is pretty tough if I had to pick. Each group has huge pros and huge cons.

Group 1 has 2 of the most level headed composed and loyal leaders in TWD history. Two guys who truly are able to really crucially think about things and have a positive outlook on problem solving for a large group

. But with that said they also have fucking Larry who's going to be a pain in the ass. And Ben who is emotionally fragile. Eleanor being a nurse is always a asset to care for Larry though. She might have the medicine he needs.

Group 2 has the iconic and legendary duo of S4 Clem and Violet who can already slay hoardes of the undead and like eachother quite a bit. It has Sam who was epic in The Michonne mini series. Sarah is the big liability in this group, she's truly a pain in the ass but the rest are some awesome fierce girls who might be able to carry her weight. If they can get along they'd be pretty efficient and resourceful.

Group 3 on paper has the most power house bad ass zombie slayers. You got Jesus, Kenny, Michonne and Mitch. 4 people efficient at killing and leading. But the main gripe with this group will of course be that Kenny and Michonne and Mitch are all polarizing energies that most likely wouldn't get along. And of course you have Tenn who although will grow in a bout 5 years and maybe kick ass, he's currently just a little kid and definitely will be someone in need of being nurtured and protected for a little while.

Which group do you think would have survived the longest just out in the woods looking for shelter and survivng. All placed in the same situation?

I think I have to go with Clem's girl squad. I think they seem the most likely to get along long enough to survive together and they all are efficient, quick, quiet and clean with killing and surviving. Less brash then the others. Although Lee and Javi are a leadership duo like no other, I think Larry and Ben will drag the group too much and probably fight with the others due to racism. And even though not many are as efficient at killing the undead as Michonne, a hardcore S2 Kenny or a Mitch. I doubt she'd get along with Kenny. And I think Kenny would beat up Mitch lol.