Do you think Violet was acting out of character if you saved Louis ? 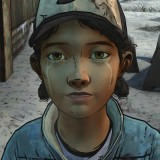 Divided_We_Fall
January 2019 in The Walking Dead

On the other hand Violet was really loyal to Clem, throughout Episode 1 (Backing her up, even if that's determinant) and Episode 2 (She was on Clem's side the whole episode) so Clem betraying her like that probably lit a pretty big spark inside her head.