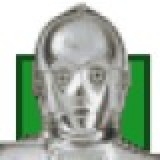 Modding? They need to ensure that licensed properties are treated the way their owners want. For example, they can't allow Phone Bone to do things Jeff Smith wouldn't want. They do plan to create a community focused tool to create your own adventure games.