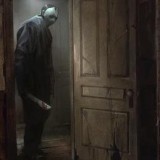 I know that there are a lot of apocalypse stories in here, but I thought that maybe I should try to do one. It's been 10 years since the apocalypse began. This will be about a group of people, who are in a safe zone when something bad happens. They have to go across USA to find another one. They meet some people on the way, good and bad. There will be different kinds of zombies roaming around there.

Walkers: They're the slow ones, who are just looking for something to eat. They're more stupid than the other ones. They've been turned usually for 1 week - 5 years.

Runners: They're the fast ones. They can smell and see better than the others. They've been turned usually for 5 hours - 1 Week (Some people turn faster, some slower). After 1 week they turn into walkers

Bombers: They're blind, but the most dangerous ones. They can hear much more better than the others. If you touch a bomber, it will explode. They're rare, but very dangerous. If a bomber explodes, the other zombies will come to the place where it happened. Bombers have been turned usually for 5 Years - 10 Years. Most of the zombies don't become bombers, so that's why they're rare

Screamers: They are seen at night when it's really dark. When you notice one, you might want to kill it instantly. If a screamer sees you it will let out a really loud scream to attract the zombies. If you don't kill it, it will not stop screaming and will follow you until the other zombies arrive. Nobody knows how they become screamers and how long they've been turned.

Lurkers: They are really dangerous. Lurkers look like dead walkers, but if you get too close to one of those they will attack you. They are slow, but really hard to notice. One way to regonize one is that they don't move in herds. Lurkers have been turned for 5 hours - 10 years

Turned: These ones are really rare. They are zombies, but still have some kind of a human inside them. They can say things like "Hi" or "Me" and simple things like that. Their skins are turned darker so that's one way to regonize them. They bite you if you come too close. People become turned after 5 hours of the bite. They're usually turned for 4-5 hours and then they become runners

Stalkers: They are are the creepiest zombies. Their flesh is covered in some strange fungus which allows them blend it with trees and walls. They usually stalk people in lakes, rivers and forests and grab survivors. Stalkers are turned from people who have died in lakes/rivers.

Stingers: These zombies will burn your skin and flesh off as they touch you with their hands. Most of them travel in large hordes.

Wasters: These zombies let out a powerful toxic gas that causes nausea, paralyze or even death depending how much gas you inhale. Their gas is highly flammable and even the slighest spark will ignite it. They usually travel alone, are really slow but quiet. They are easily spotted if they're in the open.

You guys can also make your own zombies if you have ideas, just make a one in the comment section or PM me.

You can always submit a character

To submit a character:

Episode titles (Every episode has 10 chapters or more) Episode 2: The survival of the fittest Episode 3: A long way to go