What do you want in The Wolf Among Us Season 2? 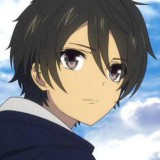 Discuss what you want in The Wolf Among Us season 2 on this thread!

I would just love to visit the Farm. You hear so much about it, and yet you never visit it. We would need to play as Snow,Cinderella, Boy Blue or some other important character in the series because Bigby has never been, and never will be at the Farm. He's not aloud there by Fabletown law. I'd also love to see Telltales version of the Farm though. It would be amazing if the next season could bring in more of the invasion of the Homelands. I honestly got a bit disappointed when Boy Blue weren't in the office like he should.

Characters I want in Season 2:

and a ton more!

Snow White should be the main character in Wolf Among Us: Season 2. And no, it's not a stretch. She's front-and-center in Fables' second volume, Animal Farm, where Bigby takes a back seat. Snow takes charge on an unannounced visit to The Farm, and has to deal with an unpleasant reality: The Farm is a refugee camp with growing discontent.

Anyone who has played Season One knows The Farm is crucial to the Fables universe. But, given Bigby Wolf's storied past with the non-human fables — and fable laws keeping him off the property — the only way we'll get to see the Farm is through somebody else's eyes. That's where Snow comes in.

Unveiling the Fables universe requires that we go to The Farm. We need to see how Goldilocks and the Three Bears are getting along with Shere Kahn. What happens when the Tortoise and the Hare start dreaming of revolution? What's it like for the Old Woman Who Lives In A Shoe who has to deal with centuries-old children caught in perpetual pre-adolescence? Also, how’s everybody dealing with not being allowed to leave? These are legitimate parts of the Fables story, and have crazy amounts of storytelling potential.

Throughout Fables' comics — and much of Telltale's first Fables season — Snow White gets forced into brutal pragmatism. She doesn't have Bigby's claws, but she has the authority to enact harsh justice, as long as she can find an angle. More often than not, she's stuck between a rock and a ogre's face.

This is what makes the prospect of playing as Snow ultra-fascinating: she has to make impossible decisions – but she's vulnerable. This same design is what made Clementine so compelling in Season 2 of The Walking Dead. Vulnerability breeds tension, keeps you on the edge of your seat, and makes you try your best to desperately hold things together. It worked as Bigby in Season One. And as Snow, it will turn the desperation up a notch.

Bigby had a bad reputation, but one of his main responsibilities was changing that perception to be something of a protector. The same irony applies to Snow. She's known for being pretty and soft, but her job requires an unexpected brutality. This will make for great game-decisions.

In the Animal Farm comic, Bigby played second-fiddle from a distance. We never lost sight of him, but it was clear that Animal Farm was Snow's story. Telltale would be wise to follow suit, letting players experience the weight of the world on Miss White's shoulders in the second installment.

Telltale's not done with Bigby and his universe. The last twenty seconds of Wolf Among Us: Episode 5 confused me. But this much was clear: Telltale's not done with Fables. We're not wrong to anticipate Season Two. I'm just hoping — and expecting — that Miss White takes center stage this time around, just like in Fables' second volume. And while they're at it, they should force us to deal with her skeez-bag ex-husband. Divorcees need some game time.