The S2 endings vs TFS ending 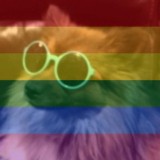 iFoRias
April 2019 in The Walking Dead

I'm curious,did some of you liked the S2 endings more than TFS ending ? Do you prefer determinant endings like S2 had or do you prefer having one ending forced on everyone ? If you hated TFS ending would you just consider the Wellington ending to be the "true" ending to the series ?

I'm interested to read people's opinions about this as TFS ending is still a "hot" topic.