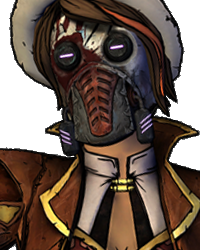 Hello...
I've done a lot of thinking weather to do one and have decided yes i will. I started reading things from other interactive thread in GOT (Stig_52,LiquidChicagoTed and DaveTheArakin) and they were awsome so im going to start one with here since i predict that there aren't as many on TWD.

You can submit characters here-https://docs.google.com/forms/d/15dgnwgh21n4mAveV9fzmVrbXyntMfORK9gAZ_cco62I/viewform?c=0&w=1

As this is the walking dead i'm going to start at beginning of the apocalypse where most of the dramatic parts can take place. I'm a noob at characters (writings my stong point) so im going to pick the best characters submitted as my POV characters, i want to start writing ASAP so if you have an amazing character idea submit (tell me in the fourm as well so i know who to thank

. Comment if you think this is an alright idea and such.

Episode 1: Finish off what you start- Finished-https://docs.google.com/document/d/1CptxUQ_sYXJruq9zKq9fTRy1p5DoOPNj47wZc5M2G4c/edit?usp=sharing