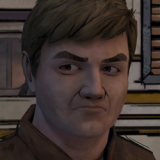 What are some unpopular opinions about the series that you have. Can be little or large things.