Top 5 most attractive characters in the series?

It's an undead nightmare most of the time. and theirs guts everywhere and people are slaying maggot riddle corpses with hatchets but their still some hot characters in the post apoclyptic world.

Here is my 5 that I either shipped with the main character or just thought personality and look wise they were just hot.

Ever since she rescues you and flirts with you while giving you first aid at the beggining in episode 1, I shipped her with Javier way more than David's stoner wife. Something about a cute nurse in the apoclypse. She was always very beautiful imo. 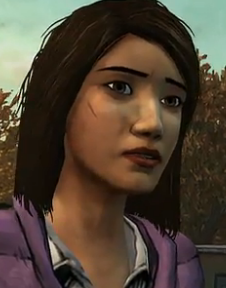 Carly was always post apoclyptic bae lol, and the storyline could have gone so many ways from clem having an interacial baby brother from Lee and Carly to any number of things. The character deserved a longer time to unfold. Carly was epic personality wise as she covered the fact you were a murderer from everyone, she was super caring for you and clem and almost always took your side even over the group. She was epic with a gun and had the smarts to back it. Sucks manic depressant psycho lilly had to kill her off so early.

In season 4's trailers, Clementine has become a complete badass. She's a boss and new mommy clem has this powerful, fierce warrior spirit to her. For the first time she doesn't seem to be the dependant but more so the leader. It's pretty cool.

Kate was pretty cute, and the whole taboo nature of her being your brother's wife made it kinda even hotter that Javier was falling for her. Especially since I didn't like David at all. I'd elbow his chin in lol. I think it was a cute relationship throughout and pretty funny. 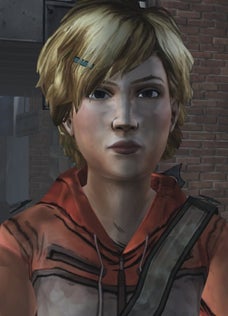 I know i'm probably missing a huge obvious one but I was down to Christa, Molly, Jane, and Michonne.

Molly was always pretty beast mode, from her lone wolf persona, to her little hook tool slaying walkers like they were nothing. The cosplays of her are certainly hotter than the in game version.

Which characters did you ship? Which were most attractive in your opinion?