One Bullet. Who would you shoot? 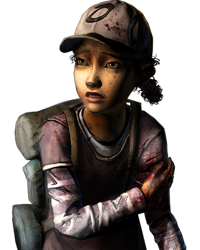 If you were locked in a room and had to kill one. who would you shoes?