What will make the Final Season better ? 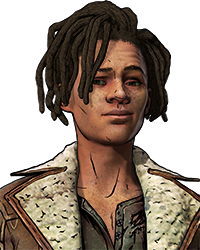 AceFTW
March 2018 in The Walking Dead

So.. Most of the fan service didn't like ANF and it's poor written story and i always watch ideas about TFS, what do you think will make the Final Season better ? Here's mine opinion :
1. More dramatic story than a poor-written action .
2. Better characters (The Garcia family ?? you have to be kidding me ... )
3. Make choices matter for the whole game .
4. More hilarious dialogs (like Kenny / Lilly in season 1).
5. Slower timeline (Everything in ANF happened so fast that maked the story boring).
6. Better evolving throughout the season (Like s1).
7. Clem's normal haircut / haircut variants . This new hair looks like the jocker from Batman...
8. Old Characters coming back . (for example : Christa).
9. Returning the old Graphics . (I know it's impossible because of the new engine, but the older graphics were better.)
10. Weapons from Season 1 & 2 returning . (I found them better than those new CS - Like weapon skins ).
I can give more ideas but that's enough .