Forum of Thrones: An Interactive Story 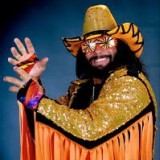 LiquidChicagoTed
December 2014 edited May 2019 in Game Of Thrones

Just like Winter, the Game of Thrones fanfictions are finally here! And nobody will be able to stop them!

Greetings, my name is Liquid! I am a longtime reader of many wonderful Interactive Fanfictions that can be found here on this forum. For a very long time I wanted to write one myself. One evening in late December 2014, I simply started to do so and I haven't really stopped writing ever since. The result of my writing is the story you are reading right now, Forum of Thrones, which is an Interactive Fanfiction set in the same world the books, the show and the game take place.

But wait... "What is an Interactive Fanfiction?", I hear some of you say. Well, an Interactive Fanfiction is like a regular fanfiction, with the gimmick that you will be able to create characters that will appear in it and, on certain points in the story, you will be able to influence how it continues by voting for one of several potential actions. Your choices can drastically alter the course of the story.

Now that you know what an Interactive Fanfiction is, I would be honoured if you decide to join the fun, by reading the story, by creating a character for it and by voting on how it should continue. Everyone is welcome, so don't be shy. I am always happy to welcome a new reader.

You can submit your characters here:

You do not need to have knowledge of the books or show. While it certainly helps to have it, I will try my best to explain everything for newcomers. If you have a question, just ask.

Your character can be from any place in Westeros or the neigbouring continent of Essos, they can have any occupation you can think of and their backstory and personality is yours to choose. Be creative!

You also shouldn't be discouraged by the large amount of characters that are already submitted. I usually introduce characters when they fit the story the best, which means that your character could be introduced earlier.

That being said, due to the notable amount of submitted characters, I would prefer to be informed via PM when you plan to submit larger numbers of characters, so that I can plan ahead to find a place for them in the story.

Now, let me tell you something about the story: The story is set in Westeros, roughly 300 years before the story of the books, show and game start, shortly before Aegon Targaryen launches his conquest of the Seven Kingdoms. As such, it features mostly original characters, most of them created by the readers, but a few characters that are mentioned in the Ice and Fire books will appear as well. It stays mostly canonical to the events that are detailed in the history of Westeros, which still leaves me with enough room to write my own story around it.

During the time of this story, there was no united kingdom that spanned all over Westeros, but rather a multitude of independent kingdoms. The main story of this fanfiction's first book will take place in some of these kingdoms, but it will mainly deal with the future of House Raylan of Raylansfair, a once powerful noble House in the Kingdom of Reach, that has fallen upon hard times lately.

The old Lord Raylan, the last of his line, is dying and has not yet named a successor. Many people have hopes, regarding the future of the house. Some might want to take over the House and the considerable wealth it possesses. Some might want to extend the influence of other kingdoms into the heart of the Reach, by taking Raylansfair in the name of another king. And some might want to seize the opportunity and win the favour of the future Lord Raylan. Every king in Westeros looks at Raylansfair these days and even some people from outside of Westeros take an interest in these events.

The story is divided into three Books, each consisting of three acts and three chapters. Currently, I am writing Book 2. Prologue: Below him, the City

Chapter 8: What Is Dead May Never Die Act 1: The Calm Before [Ongoing]

Chapter 3: Ours is the Fury [Ongoing]

Act 2: With Chains of Iron

Chapter 5: Song of the Warrior

Chapter 9: The Fangs of Winter

Chapter 10: All for our Pride

Are you a new reader? Then you can either follow the links below the chapter titles to read the parts without skimming through the pages of this thread, or you can read the summary for a more general overview, which you can find by following the link below!

You might also want to check out Forum of Thrones on TvTropes.org!

Forum of Thrones on TvTropes

The Wall and Beyond:

Beyond the Wall: Myrla, Markus Treearms

In the Dothraki Sea: Khal Rhavarro, The Blood Witch

Are you interested in how the characters look? Check out these awesome drawings created by @foxbrg2 and @WildlingKing: http://imgur.com/a/dRQXF/all

That's it from me for now! If you want to join, don't be shy. I always look forward to hear from you. And remember, when you play the Game of Thrones, you win or you die...