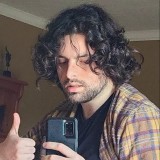 You can check out NukemDukem's Walkthrough of the demo here:

UPDATE: Hey all! Just wanted to let you guys know that I'm looking for visual artists of any kind! I'm looking for somebody who can draw characters, scenery or really anything at all! Obviously, I can't really pay anything for your work, but I would be highly grateful and I would most definitely give credit to the artist. I would give either the description of a character or a scene, and I would love to see what you could come up with! If you or anyone you know may have an interest, please let me know!

I have decided that the title for Book 1 will be "Tinder". If there were five books in total, the following would be their names

I guess I should explain the whole "Book 1 - Part 1" situation. Book 1 will contain 4 parts (which were previously titled "episodes"). These four parts will all be back to back "episodes" of sorts that will all follow one plot within the overarching plot. I only have Book 1 fully planned for now, but it is likely that Book 2 will focus more on some other houses (but will still include the Ostels). Book 1 will be called "Tinder". You can check out the titles of each part now.

Part 2: A Future Without Glory

Part 3: A Dream Of Death

Part 4: Sins Of The Father

I have released a demo of Episode 1. It's the complete Chapter 1 from Episode 1 (there will be 10 in total, all varying in length). If you could leave some feedback in the thread, or leave a review on the website (that is preferred, as it gives it more attention).

Check it out here: http://textadventures.co.uk/games/view/poxqvcgt8kyu4jxxjkspja/fate-of-fire-episode-1-courage-without-honor-demo

In Episode 1, I can say that there are 10 chapters in total (2 for each playable character) that will vary in size and importance.

I will try to post more information and teases as much as I can in the following weeks, and I will try to keep as up to date as I can.

Tomas Ostel: King of the Ostel family. A well-spoken man, who cares for him family, as well as his people and others within the land of Hephus. He lives in the wealthy but not-so-innocent kingdom of Grijam. Fair in combat, but has a mind for strategy. He makes decisions based on what he thinks is right for him, his family, and the other houses and inhabitants of Hephus.

Martha Ostel: Lady of the Ostel family. Wants what is best for her family, and will go the distance to try to make it a reality. Though she seems quiet and nervous at first glance, Martha is very clever, and is quite the expert at spying and listening to what others may not want her to hear. She is not only the kings lover, but also a formidable ally, as her skills of acquiring intelligence is quite unlike many of the other queens in the land of Hephus.

Peter Ostel: The first son of Tomas and Martha Ostel. The warrior of the family, frequently sent on important missions by his father. Is similar to Tomas in looks, personality and in combat. Though his father expects him to take the role of king without a second thought, Peter is not sure if he is prepared or has what it takes to take on such a task.

Arthur Ostel: The second son of Tomas and Martha Ostel. The most complex of the family. Not like his father, but what he lacks in physical strength is made up wit his interest and knowledge of politics. His superior intellect makes him a worthy opponent. Being the twin brother of Peter, he has trouble deciding whether he should use Peter's lack of interest as king as an advantage, or to let him grow up and become who he was made to be.

Catherine Ostel: Only daughter of Tomas and Martha Ostel. Martha is protective of her daughter's innocence in an unforgiving world in dark times, but Catherine is inspired by her father and her brothers, and wishes to be like them. She is Arthur's best friend, and he is hers, though not always understanding each other.

Why hello there! You may know me from my "The Walking Dead" and now cancelled "Borderlands: Gun For Hire" series. Now, I know what you (and more probable, the moderators) are thinking what this has to do with Game Of Thrones. Well, I'm glad you asked! "Fate Of Fire" does not take place in Westeros, but it is heavily inspired by said universe. It will involve several royal families and conflicts and shenanigans ensue.

There is also no set release date as of right now, but the typing of Episode has just started.

The story will change between perspectives of multiple characters, and similar to Telltale's series, one choice from even the smallest character can cause conflict and might mean somebody's life.

The episodes will also be quite long, possibly being about the same time as an actual episode of the television series. And each episode will be filled with story and character development, along with plenty of meaningful choices.

And, as always, feel free to ask questions in the comments, I'll make sure to answer all of them!